Prices subject to change based on fluctuating metal values. Please call with questions.


Interestingly I did find a listing in a Buffalo City Directory from 1894. Jacob Frederick Schopp, Charles father, a Civil War Veteran from the 7th Battalion, operated a Clock Repair Shoppe on Forest Avenue. I will keep the site updated when more information becomes available.
Our Journey into our Past Continues . . . 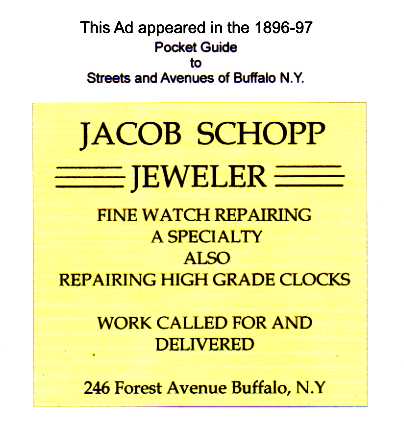 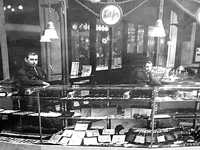 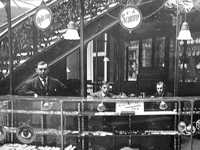 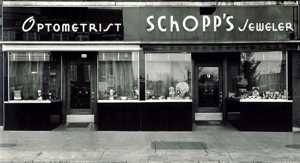 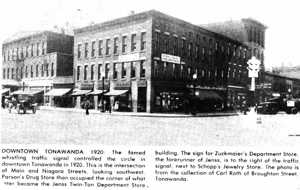 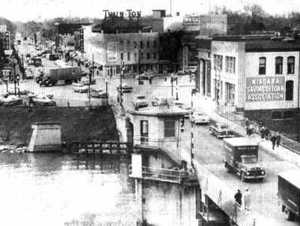 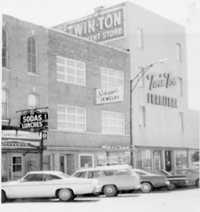 Pictured here is Charles A. Schopp Jr. with his team of "marketeers" getting ready to attack Tonawanda residents.1952. 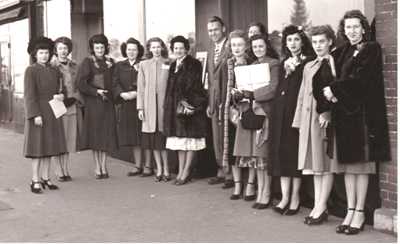 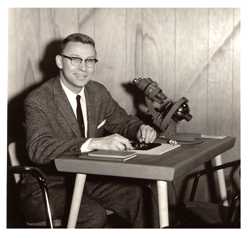 Presenting another award to unknown lady in the Lewiston Studio 1988. 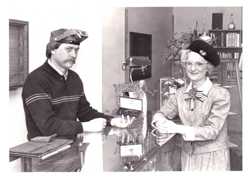 Pictured here with his 1991 staff including Roman Jurga is Shoppe foreman closing in on twenty five years. 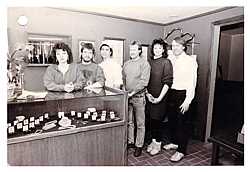 Here is story written in 1984 by Robert Durlak, for a marketing brochure

nd there lived once upon a time a young lad who was raised in a most unusual manner. Gold wire and silver plate were his playthings and yet his play was neither frivolous or without purpose for he was directed in the creation of objects of beauty and art. The shaping of rings, melding of precious metals, and the beauty, form and color of stones drawn from the bountiful earth all formed the basis of his skills. As the lad grew, his skills and talents blossomed, he was graced with talented hands and a quick far-seeing mind. He soon applied the extensive resource of his gifts toward the creation of distinctive works to please those who came to know him. Tutored in the value and worth of metal and stone, he shared his knowledge with those who came to him. Value based on weight, worth based on cherished principles, were also gifts he freely granted to those who enlisted his service and advice. When he reached manhood, his talents flourished, few who dwelt in his area were aware that there was an artisan who possessed a sense of values which matched theirs. The world had changed, quality, uniqueness and value were forgotten words. Mediocrity, sameness and usurious prices were commonplace. Soon, the craftsman who valued the old ways began to challenge the misdeeds of the new. His shoppe began to produce almost all the items presented to those who came to it's doors. He serviced metals and stones. His knowledge of the spectrum of colored stones and diamonds enabled all to obtain beautiful creations within realistic and economic frameworks. He and his associates graciously found time to develop a trusting relationship with those who desired time-honored standards. His craftsmen provided discerning customers with a complete knowledge of how exquisite jewelry can be deSigned and sold at fair prices.

The preceding story has a two fold purpose . . .

1.) To contrast our unique goals with those of modern retailers.

2.) to emphasize our traditional values - choosing a setting, for example, that echoes an era of fine craftsmanship and service.

Many of the tools we now use are from the first Schopp's Jewelry Shoppe, founded by Charles A. Schopp in 1899 on Grant Street in Buffalo, New York. In 1909 he opened in the Ellicott Square Building, at that time the largest office building in the United States. In 1922 the business was moved to Tonawanda, New York just north of Buffalo on the mighty Niagara River. Continued by his son Charles Jr. who ran the business from 1949 to 1967 and added many lines to the retail operation. Today Reg Medlicott Schopp, grandson of the founder, continues the tradition. Graduating from Findlay College in 1971, Reg came home to help his mother run the business. In the early 70's Reg took the business back to the custom order format of his grandfather, slowly developing his hand engraving and his metal fabricating skills. Reg said, "The real joy comes from creating a piece of jewelry that pleases the customer and generates compliments for the wearer". In 1987 deSignet International was formed to market through magazines and national publications realizing the shrinking local marketplace and the need to expand outward. deSignet has found a unique market. Many of their current customers belong to groups and associations. By offering unique products to these groups for membership promotions and fundraisers, they found the perfect fit. "We have always tried to take the mystery out of jewelry making, a mystery often promoted by the large retailers to inflate value, often accompanied by large margins and surprise, easy credit. We want our customers to understand how the process works and, that, having "one of a Kind deSign" doesn't have to cost more, in fact, often less, without the hype. Let us help you understand just how it works. Send us a good black and white of your groups logo and we'll show you just how simple it can be.

These are some of our National B&W Magazine Ads we ran in the New Yorker, Smithsonian and Yankee magazines in the late 1980's and early 90's